The Mountain Club of South Africa is pleased to announce that the Annual Meeting for 2021 will take place on 17 April 2021 at 9:00 am. In order to reduce the risk and avoid unnecessary travel, this year’s meeting will be a “virtual” meeting (via a Zoom link – to be made available) as was the 2020 meeting which went off very well. For those members who are unaware of the protocols around this meeting, it is structured in two parts:

1. The Annual General Meeting – is the “formal” procedural part and deals with the necessary “routine” business. This involves the financial report(s), the election of the office bearers for the forthcoming year and any business of a more general nature not dealt with by the National Committee Meeting which follows (see below). Any member in good-standing may attend this meeting. It is generally very short, about 20 minutes, and quite formal.

The office-bearers are elected by the sections and the nominations this year are:

While Jenny and Lester are well known to Club members, Paul may be less wellknown outside of Jo’burg and Cape Town. His CV follows:

“Paul was born in 1961 and is married to Caryn (a teacher). They have two children, Rowan (a mechanical engineer) and Kimberlee (an attorney) who are both in the UK, and members of the MCSA. Paul joined the Johannesburg section through the Scouting Association in 1992, and after climbing with Mike Scott and David Davies, the Cape Town section in 1998.

Paul has served on numerous Johannesburg committees/sub-committees, as treasurer (albeit under the watchful eye of Uschi Magg) Meets (initially with Porky Harris), Expeditions (with Ulrike Kiefer), Library, Land and Access and Vice Chair, but mostly, in the legal portfolio.

Paul has climbed mainly in the Magaliesberg, but led a team of 1st Edenvale Scouts Kilimanjaro, in 1995. In 1999, Paul and Peter Lazarus, led a MCSA expedition mostly of Johannesburg and Cape Town members, to Mt Kenya.

Most of Paul’s climbing in the Drakensberg, was with Greg Devine and Darryl Margetts, but many easier peaks and more horrible passes were bagged with the Rover Scouts.

Paul is a senior advocate at the Johannesburg Bar, a qualified mediator, and arbitrator, his other sports are superbike circuit racing and rowing (note: no games)”.

2. The National Committee (“NatComm”) meeting – this is the annual get-together of the chairs of all the Sections of the Club and deals with any business of a “national” nature. Any and all issues may be discussed and decisions taken according to the voting protocol in place – which weights the voting by the number of sections and the number of members of each section. Only the chairs of the sections (or their nominees) may attend this meeting plus any invited guests who may contribute to particular discussions.

I am now in my last quarter as President of the MCSA – I will be stepping down officially as President at the AGM in April – and I view this with mixed feelings! I am sad because I have totally enjoyed my time as President and I am going to miss it! But as I have said before, I feel that five years is enough and I also refuse to be President when I am 80! But I have enjoyed it mainly because of the interactions I have had with people in the broader climbing community, both here in South Africa and also internationally through the UIAA.

Many of you will have realised that I am passionate about climbing/mountaineering (I do not differentiate) and the opportunity to contribute in however small a way, has been wonderful. I look forward to shouting the odds from the side-lines now!

But I am extremely pleased that we have managed to “acquire” Paul Carstensen to be our new President. Many of you will know him – he is a member of two sections – and I believe he will be an extremely good President.

Many years ago, I came up with the idea that people should be able to “retire” from the age of 20 until 40 and then work until they are eighty! It was not a popular idea(!) but I managed it in a partial manner. I did do a lot of climbing both in South Africa and on a number of overseas trips before I was 40 – plus a few after that! – and now I find that I am still working as I approach 80! Maybe my idea wasn’t so crackpot after all!

As I noted in the last issue of the National Newsletter, I have spent some considerable time during the various lock-downs over the past year ruminating on the type of climbing that really turns me on. Part of that introspection was because the pandemic has allowed me time to scan all my old 35mm slides (remember those?) and particularly from various trips/expeditions back in my relative youth. It turns out that I was not the only one doing this as, to my knowledge, at least two past Presidents have gone a step further and have either produced “books” or are in the process of doing so. The first of these to hit the shelves, as it were, is Andre Schoon’s wonderful effort – “Eight Expeditions”. There is a specific item in this Newsletter (lower down) which gives all the information necessary to access the expedition accounts. Andre has very kindly made the accounts of his expeditions available on-line and free! He hopes – as I do – that this will encourage other members to emulate his expeditionary efforts.

In the last issue, I commented that it has been a bit of a roller-coaster ride – and it continues to be so! And I very much fear that we may well be in for more of the same…

The mutations and variants that are beginning to rear their ugly heads are likely to keep us on our toes for some considerable time. I think it likely that we will not achieve the “herd immunity” from vaccinations until 2024 – but maybe I am seeing the glass half-empty!

The Club does continue to operate with the Cape Town Section starting its “live” Friday evening social gatherings once more – albeit with the social distancing and other C-19 protocols in place. Other activities are also on the go; so we are indeed active again!

We are certainly out there again! But…
PLEASE STAY SAFE!!! 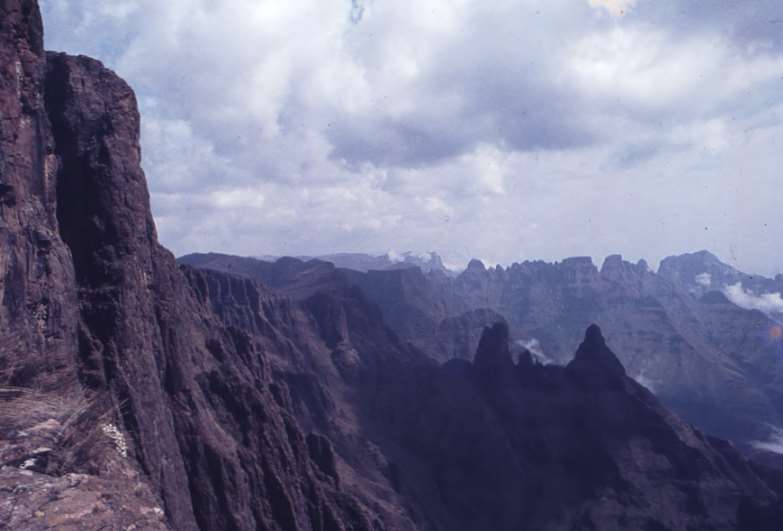 And look carefully at the guidelines and (necessary) regulations so that we can all enjoy the Club and its amenities.

Former MCSA President, Andre Schoon, has transcribed his journals from eight of his various climbing expeditions – from Mount Kenya in 1958 to the Karakorum in 2004. His idea is to make this information accessible to as wide an audience of MCSA members who might be interested as possible. This is more than a laudable aim – it is most generous as it is probable that Andre could have had all these accounts published, but then they would not be available to so wide an audience! Hopefully, reading through some of his accounts will inspire some younger members to get out there and “just do it”!

Having been on two of the trips with Andre, I can vouch for the quality and encourage everyone to have a look through them.

They are available on-line at: https://sites.google.com/view/eight-expeditions/home

The UIAA continues most of its normal activities with numbers of initiatives on the go. Members are urged to go to the UIAA web site – https://www.theuiaa.org/ – for more information plus a load of other useful data.

The application portal for projects to apply has remained open since 1 March, 2020. The MPC has recently updated the timeline for the Award’s next steps. As detailed in the graphic below, the deadline for applications is 31 May, 2021. Assessment will commence in mid-2021 and projects showcased on the UIAA website from August.

As we have previously noted, we would like there to be two proposals for an MCSA entry into this prestigious award – both would appear to be worthy contenders. Following on from the previous news-letter, we will start driving these projects forward so we get out entry in timeously.

The two projects are:

The National Committee is looking for people to drive these projects. The National Convenor for the Outreach Programme is one obvious choice but she will need strong backing from the Sections.

The video that was made of the “heli-hacking” would form a good basis for the alien vegetation entry and NatComm will be looking for a Working Group to drive this one as well.

While spending time in the mountains, exploring new rock faces and peaks and even climbing indoors has been severely restricted for most people over the past twelve months, the climbing community has been able to able to engage more frequently and actively online. Although no substitute for being outdoors, technology has made it possible for creative projects and collaboration to flourish.

The UIAA has worked almost exclusively online for the past twelve months at an office, Commission and General Assembly level. Harnessing some of the experiences and feedback the federation has absorbed over the past year, the UIAA has decided to launch a Mountain Network Series of webinars focusing on a range of topics from climber safety to sustainability; ice climbing to mountain medicine. The webinars will be streamed on YouTube and made freely available to the public to watch and ask questions live or to view at their leisure.

The first webinar is scheduled for Friday 19 March (08:00 – 09:30 EST; 14:00 – 15:00 CET; 18:45 – 20:15 NPT) and will centre on the recent creation of a Mountain Worker Initiative, a project guided by the UIAA Mountaineering Commission which aims to help support and improve the conditions of the trekking industry. Centred initially on Nepal, the Nepal Mountaineering Association (NMA) and the Trekking Agencies’ Association of Nepal (TAAN) will lead the initiative’s first in-country working group. The idea to form this initiative is inspired by the agency behind the film The Porter: The Untold Story at Everest.

The UIAA – International Climbing and Mountaineering Federation – regularly receives questions related to safety topics. The UIAA Safety Commission, with support of other UIAA Commissions and experts, has published a series of articles answering common questions with the objective of making them available to the wider climbing community.

Go to: https://www.theuiaa.org/uiaa/asksafecom-figure8/ for more on this one.

I continue to recommend this publication and this month is no exception – particularly if you a mountaineering literature freak like me! The main item in Issue No. 84 is an article about Tom Nakamura, the celebrated Japanese explorer of little-known areas of the Himalaya. The article is fascinating and the illustrations are mind-blowing! 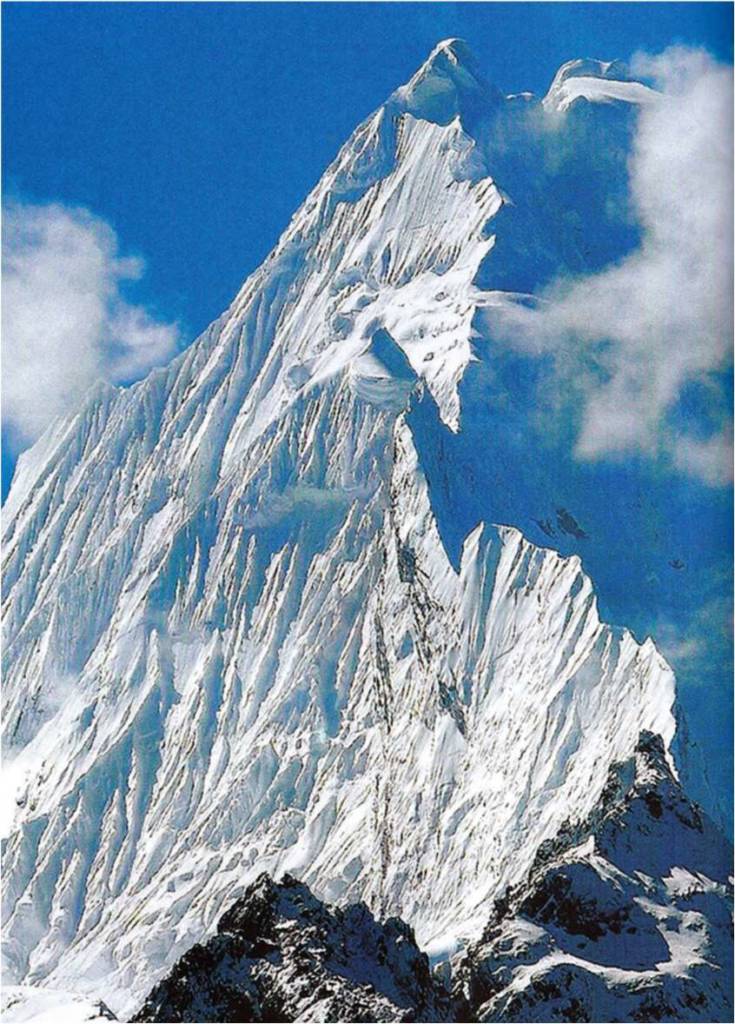 His work – particularly in the Eastern Himalaya – is just fantastic and we could do worse than have a really good look at some of those areas!

5.2 Links for all the sections’ web pages are on the MCSA national webpage.

“Experience is a good school. But the fees are high.”
Heinrich Heine