The Annual Meeting of the Mountain Club of South Africa for 2021 took place on 17 April 2021. The meeting was a “virtual” meeting (via a Zoom link).

The meeting was structured in two parts:

My first honour as the new MCSA President is to express gratitude to Greg Moseley, whose term of office as president ended when mine began. He has dedicated five years of his life to this capacity with enthusiasm and vigour. I know that this has meant that he missed many days in the mountains, and on behalf of the MCSA, we express our gratitude to him, but his work is not over! [Perhaps his wife, would not be so enthusiastic to hear that?] Greg has been a great support and mentor to me in the past months, getting me “up to speed”, before I assumed office and for this, I am thankful. I have also consumed many hours of MCSA secretary, Jenny Paterson’s valuable time, and I hope she allows me to continue to do so.

During one’s life, one comes across certain remarkable individuals. It strikes me, in writing this, that this occurs more often in one’s interaction with members of the MCSA and mountaineers than in other spheres. Prof Bob Scholes was certainly a remarkable individual: environmental scientist, author, educator, family man, leader, chef, thinker, adventurer, contributor and mountaineer. Much has been written since his untimely death at the end of April 2021, but those who interacted with him will also remember his calm, quietness and kindness. All that is left is for us to call: Climb On!

The MCSA AGM was held on 19 April 2021, (the minutes of which will be circulated shortly). The AGM was attended by the chairperson of every section and was followed by the meeting of the National committee. The Executive Committee was also elected and consists of Deputy President: Carl Dreyer (KZN), Treasurer: Lester Coelen (CT), Secretary: Jenny Paterson (JHB), Riaan Doorduin (PW), and Francois Searle (EP).

The National committee had insightful debates on many aspects including the digitising of the journals, electronic membership cards, websites and an MCSA App, and also the “rebranding” of the new MCSA logo. Although much of this falls within the “jurisdiction” of individual sections there are certainly opportunities and efficiencies for sections to cooperate with each other. The perennial issue of insurance was also raised, and sections are reminded to scrutinise their policies, particularly the exclusion clauses and the aspect of public liability. Indemnities and waivers that members and guests sign will also be revisited and circulated for each section to consider.

The MCSA President is represented on the UIAA management committee, which met on 1 May 2021. I attended on this occasion as an observer and Greg represented the MCSA.

The new UIAA president Peter Muir, emphasised UIAA’s role to support member federations in mountaineering and climbing in all the forms, in a manner to ensure the members enjoy the mountain activities safely and respect the people and places they encounter. A number of working groups have been organised to ensure the UIAA achieves its stated goals. The full details are available in the presentation which was given to the management committee and which will be circulated to all sections of the MCSA.

Just as in the UIAA, the bulk of the work done by the MCSA is done by working groups/commissions/sub-committees, these volunteers ensure that we stay on track, meet our goals and implement the decisions of the National Committee and in turn the Sections.

Our thanks to the convenors: Richard Sherry (Access), Ulrike Kiefer (Expeditions), Francois Searle (Information Technology), Greg Moseley (Africa Liaison), Maretha Alant (Mountain Protection), Andile Nqobo (Outreach), Steve Cooke (Search and Rescue), Gary van Vuuren (Youth). Special thanks to Hagen Liebberger and Francois Searle and their IT team for the huge effort in sorting out the implementation of the new logo, branding and general “look and feel” of the Club particularly in IT, Social Media, and websites. This must, at times, feel like chasing hungry monkeys in the kloofs!

I would also like to congratulate Chris Crosser (JHB member) and Erin Sterkenberg (KZN member) on their selection for the Olympics Sport Climbing. Both Chris and Erin qualified in the African Championships.

On 15 and 16 May 2021, I will accompany Neil Margetts to visit Deon Richter at Thabaphaswa Mountain Sanctuary, Mokopane, Limpopo, in order to attend a presentation on a mountaineering club which has expressed an interest in becoming a new section of the MCSA. In addition, many sections have attracted new members since lockdown, this is truly encouraging.

In a way, I guess we are marking time, treading water while we wait for the vaccine rollout.

It is easy to be cynical about the pace of the roll-out but we should perhaps be optimistic and believe that we can get it right! The situation in Africa is somewhat dire and the spectre of a second/third wave à la India is not good to contemplate.

But in the interim, we ARE able to get out there and do stuff – and I hope that you all are! 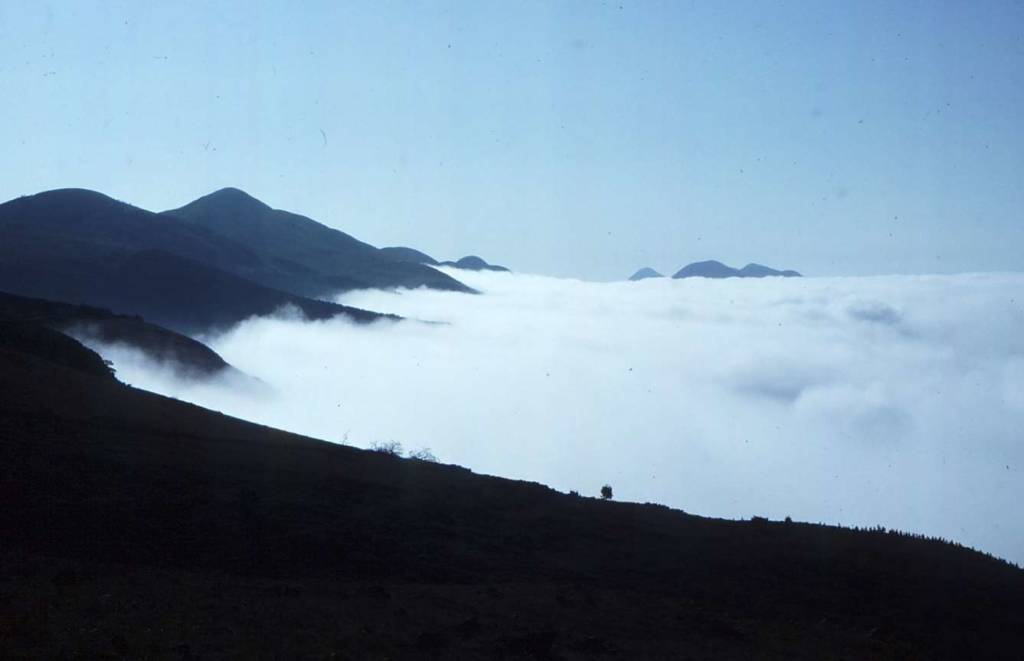 And look carefully at the guidelines and (necessary) regulations so that we can all enjoy the Club and its amenities.

It is with great sadness sadness, that we share with you the news of the untimely death of Professor Bob Scholes. The Club sends its sincere condolences to Mary and their son, Sterling. It was a life well-lived but over too soon.

Bob’s father, Ted Scholes, was a prominent MCSA member and a pioneer in the early days of the (then) Transvaal Section. Bob followed in his father’s footsteps and joined the Wits Mountain Club in 1976 and the Johannesburg Section in 1982 and was a member since that date.

The Wits community is shocked and saddened by the sudden loss of such a giant in the field of climate science, not only in South Africa, but in the world. Professor Scholes was a true leader, a conscientious and dedicated scientist, and a teacher to all.

An A-rated scientist and Professor of Systems Ecology at Wits, he served as the Director of the Global Change Institute (GCI). He was among the top one per cent of environmental scientists worldwide, based on citation frequency, and published widely in the fields of savanna ecology, global change, and earth observation.

Professor Scholes has led several high-profile studies and held high profile positions in the fields of climate change and environmental studies globally. He has been one of the lead authors in the assessment reports of the Intergovernmental Panel on Climate Change (IPCC) on the present and future impacts of climate change and how we can adapt to, or reduce it. He has also served as a member of the steering committees of several global earth observation bodies.

This from the Berrisford family:

It is with great sadness that I have to let you all know that Francis Berrisford, passed away peacefully on 12.04.2021, just short of his 96th birthday. It happened quietly and quickly; he was in no pain but had a large TIA a few weeks ago from which he never really recovered, and went downhill over the past weekend. He is now resting with his Helen and all the other family, including his father, and mother whom he never knew as she died when he was 8 months old.

The UIAA continues pretty well all of its normal activities with numbers of initiatives on the go. Members are urged to go to the UIAA web site – https://www.theuiaa.org/ – for more information plus a load of other useful data.

The 2019 Annual Report has been issued and is available at – https://www.theuiaa.org/uiaa/2019-uiaa-annual-report/

The need for sound medical advice in the mountains has never been greater as more and more people around the world participate in climbing and mountaineering adventures both on the amateur and professional level. The role of the UIAA Medical Commission,

through its recommendation papers, advice pages and the Mountain Medicine Diploma is to give the best possible advice through its network of mountain medicine experts, all medical doctors.

In these days of the pandemic, it is as well to know what precautions can be taken. There is a recognised procedure to disinfect/clean climbing equipment (such as harnesses, helmets, ropes) other than the usual cleaning process of using mild soap and water. This question was recently answered on the UIAA web site and is worth looking at –

The UIAA Mountain Protection Commission (MPC) is pleased that Owing to Covid-19, the 2020 and 2021 Awards will now be combined with the winning project announced at the 2021 UIAA General Assembly.

The application portal for projects to apply will remain open until 31 May, 2021. The MPC has recently updated the timeline for the Award’s next steps as detailed in the graphic below.

As we have previously noted, we had hoped that there would be two proposals from the MCSA. Both appeared to be worthy contenders but it now appears as if only the alien vegetation-clearing initiative will be presented this year. The video that was made of the “heli-hacking” would form a good basis for the entry.

While spending time in the mountains, exploring new rock faces and peaks and even climbing indoors has been severely restricted for most people over the past twelve months, the climbing community has been able to able to engage more frequently and actively online. Although no substitute for being outdoors, technology has made it possible for creative projects and collaboration to flourish.

The UIAA has worked almost exclusively online for the past twelve months at an office, Commission and General Assembly level. Harnessing some of the experiences and feedback the federation has absorbed over the past year, the UIAA has decided to launch a Mountain Network Series of webinars focusing on a range of topics from climber safety to sustainability; ice climbing to mountain medicine. The webinars will be streamed on YouTube and made freely available to the public to watch and ask questions live or to view at their leisure.

The first webinar was held in March and centred on the recent creation of a Mountain Worker Initiative, a project guided by the UIAA Mountaineering Commission which aims to help support and improve the conditions of the trekking industry. Centred initially on Nepal, the Nepal Mountaineering Association (NMA) and the Trekking Agencies’ Association of Nepal (TAAN) will lead the initiative’s first in-country working group. The idea to form this initiative is inspired by the agency behind the film The Porter: The Untold Story at Everest.

Further webinars will follow and these will be detailed on the UIAA web site.

The MCSA Newsletter continues to recommend this publication for inspiration and this month is no exception. Go to – https://asian-alpine-e-news.com/asian_alpine_enew_issue_no87.pdf – to access the latest issue. All the past issues are still available on the web site. 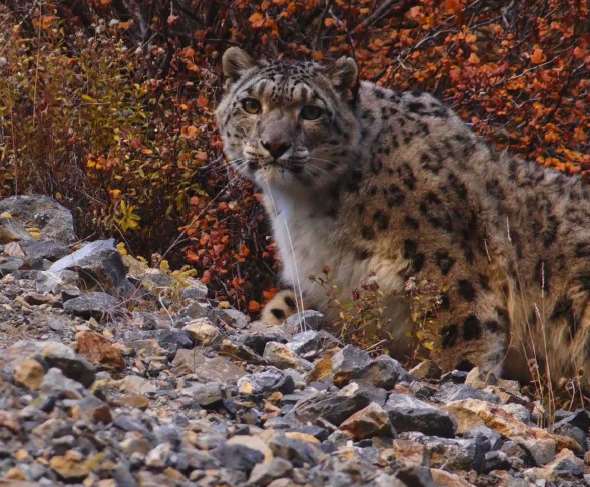 7.2 Links for all the sections’ web pages are on the MCSA national webpage.

These have been distinctly lacking over the last years – so please remember to send any items that may be of interest to the broader, national membership for inclusion here.

“Walk away quietly in any direction and taste the freedom of the mountaineer.”