The UIAA President, Frits Vrijlandt from the Netherlands, received an invitation from the SA Government to attend a conference, Sports and Events Tourism Exchange, from 22-24 October 2013 in Durban. Just the fact that the government acknowledged the importance of the UIAA is of importance for SA mountaineering and climbing. It is the first time since the visit of UIAA President, Ian MacNaught Davis, in 1998 that a UIAA president has visited South Africa.

The KwaZulu-Natal Section played host to Frits during some of the free time that he had available (Thanks KZN!). On the Friday, Frits went climbing with Gavin Raubenheimer at Monteseel (Thanks Gavin!).

Anne Rodwell of KZN Section wrote down these thorough notes of Fred Rodwell and her conversations with Frits (Thanks Anne!):

After initially contacting Frits by phone, we arranged to meet him at the International Convention Centre (ICC) in Durban in the afternoon. As lunch was being provided to exhibitors and visitors alike, we had lunch and then spent a couple of hours having an interesting discussion about mountaineering in South Africa, mountaineering in other countries, the alpine clubs in Europe and of course the Mountain Club in South Africa.

Frits asked many questions about the MCSA, particularly in KwaZulu-Natal, amongst them the following:

How many members did we have, and how many were there in the whole of SA? Also what was the charge for yearly subscriptions, and whether we have reduced fees for older and/or long-standing members?

Do we encourage new members to join; do we have membership drives or incentives – also do we have training courses for new members? The requirements for joining the club are apparently pretty much the same as that in mountain clubs in Europe.

Do we have a clubhouse; or any mountain huts – does anyone live there, and who maintains them?

Whether there were any local climbing walls/gyms?

Does the club receive any assistance from the Government? (with the exception of the grant which is given annually for MCSA KZN Mountain Rescue).

We mentioned an incentive scheme called the ‘Brian Godbold Award’, which was begun by Gavin Raubenheimer, in which climbers are encouraged to climb any 7 out of 10 peaks in the Drakensberg; following which a certificate is awarded.

Frits was intrigued by the fact that caves in the Drakensberg sandstone belt are used for overnight camping, and the fact that they were used by the San people long ago. He was also surprised to learn that Berg adders can exist at 3000m.

We spoke about the annual July Camps in the Drakensberg and the Annual Camps hosted by different MCSA Sections in various parts of the country.

Frits was very impressed with the work done by the Mountain Rescue Team, and the good working relationship which they have with members of the SAAF and the helicopter pilots. He was given a souvenir booklet which formed part of the 50th Anniversary celebrations which were held in August this yea

After this, current issues were discussed, relating to the proposed cableway in the Natal Drakensberg, also the proposed fracking operations. Frits understood the reasons for the objections to the schemes: namely the economic viability of the schemes, and the impact on the environment, plus the fact that where the cableway is concerned, the intended site is in African tribal lands.

As the KZN Section’s President (James Voortman) is more involved with this and has documentation relating to these issues, more information will be forwarded to Frits by James, following which appropriate action could be taken by the UIAA, as intimated by Frits.

In closing, we found Frits to be an engaging and friendly person, well informed and aware of what was going on. He enjoyed his morning spent climbing at Monteseel with Gavin Raubenheimer, and was very appreciative of the book that was presented to him, of ‘Encounters with the Dragon’, as a gift from the Mountain Club of South Africa. 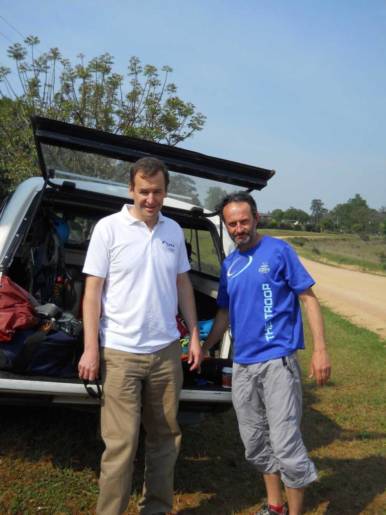 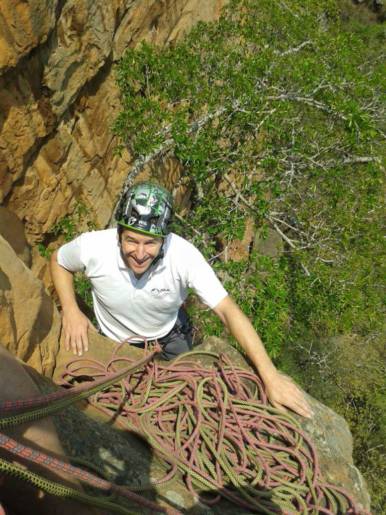 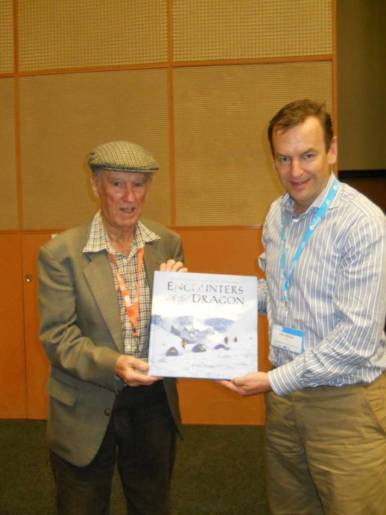